Scotch for the Sunday sipper.

We start our first of three Sunday sippers with two amazing single malt scotches from Glenmorangie. Glenmorangie, in my opinion, is the best in the barrel finished business when it comes to single malt scotch. I, myself, am not a fan of peated Scotch, and Glenmorangie fits that flavor profile across the board. The following are two of the best ever. 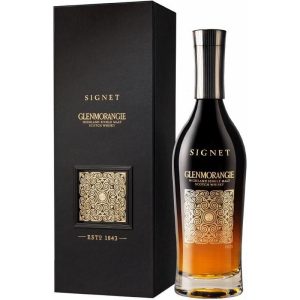 A blend of barrels from the secret stashes of aged barrels in the Glenmorangie warehouses. Most aged around 30 years old and produced at a time when distillation still occurred on site at the Glenmorangie facility, then aged in some of the finest barrels available at the time. We only received a small allocation of bottles early in 2021, so we decided saving one for the 2021 Spirited Holiday Countdown Calendar was a must.

Tom’s Tasting Notes: This is my first of the “who, when, what” whiskies we will be tasting this month. It’s not always about the flavor, or the character, but lends to asking the question… Who made it, when was it made, and what was happening at that time. It’s what I call a perspective pour, that ties generations together in the world of whisky making. That being said, this whisky is also an amazing pour. Intense flavor with pepper, cinnamon, nutmeg and hazelnut. The flavor is citrusy and thick on the palate with honey, orange and a hint of dark chocolate. Almost the perfect Scotch. 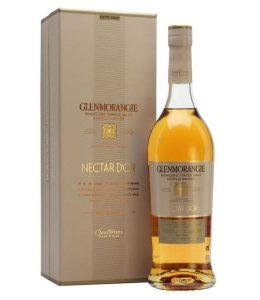 I mentioned in the intro that Glenmorangie is the best in the business when it comes to barrel finishes. Nectar d’Or is the epitome of that statement, in my opinion.

Tom’s Tasting Notes: Bottled at 92 proof, you would think this would drink a little bit hotter than most single malt scotch whiskies. However, the aging in Sauternes wine barrels adds a high degree of sweetness on the texture that makes this Sunday sipper a stunning expression of Glenmorangie Scotch. I am a big fan of Sauternes wine, and you get a lot of that classic Bordeaux flavor in every sip of Nectar d’Or. Honey, sweet apricot, vanilla and orange peel are the primary flavors I get from this pour. The palate is thick and goes on and on well after the last drop is drained from the glass.