As we head on into the final week of the 2021 Spirited Holiday Countdown Calendars, we will start to get into the spirits through the year that were most impactful to me. I wouldn’t say… the best, or the top seven, but most impactful for various reasons. Since today is the day before that final seven countdown, I thought I would offer a couple of single barrel selections, no longer available, that were both very enjoyable. 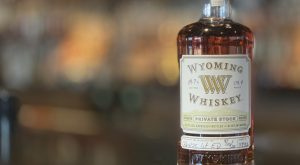 If you managed to get your hands on some of this, you are in luck. It didn’t last long in the store last December when it arrived, and it will likely not be followed up with another version. At least for now. If you didn’t get a chance to snag one of these bottles late last year, you are in for a treat.

The Wyoming Whiskey Distillery was founded in Kirby, Wyoming in 2006. Brad and Kate Mead, along with partner David DeFazio released their first product in 2012 with the help of the Steve Nally, former Master Distiller at Maker’s Mark. Why is that important? Because the people are always important when it comes to making whiskey. The Meads have been stewards of the Wyoming frontier for years, with family roots dating back 125 years. Also being avid bourbon enthusiasts, they decided why not open a distillery in the middle of nowhere. To make sure it was done the right way, they lured Nally out of retirement to make it happen. And what they have achieved is pretty remarkable, and a testament to what can be done with right amount of determination and cash.

Nally’s influence into the style of bourbon that is being produced at Wyoming Whiskey is obvious from the first sip. Not only did he bring his knowledge to the table, but also a strikingly similar mash bill to Maker’s Mark. Which worked great, as there is an abundance of quality wheat, corn and malted barley produced in Wyoming, making the end product one that is made from products all grown in the state of Wyoming. Including an artesian well water from a limestone aquifer in Manderson, KY.

Tom’s Tasting Note: This barrel was selected in The Boozy Bakery kitchen. It was technically our first COVID pick, and our first pick to involve a consortium of tasters that were not all employees. The nose is loaded with caramel, vanilla, oak and cinnamon spice. The palate is soft, with notes of honey, caramel and toasted oak and a long, warm finish (106.0 proof). 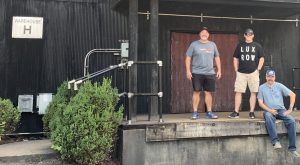 We picked two barrels of 1792 full proof this year. The first was a sample pick selection we did back in June in JJ’s event room. The second was a site visit in August when I took my good friend Toby Benson down for his 50th birthday. This is that barrel. We are still waiting on the one from June. I know, weird. So, I present to you, 9th Edition 1792 Full Proof Single Barrel (before 8th Edition, which we hope is coming soon.)

Tom’s Tasting Note: We had some help with this pick. Toby and I were joined by Stephen Fante from Limestone Branch Distillery. I invited Stephen to join us because I admired his resume with respect to tasting as he is not only a bourbon expert, but also a master coffee and tea taster. I thought it might bring another level of insight into our selection. Plus, he’s funny as hell and a good guy.

I say this every time we get a released barrel from 1792… “This is the best one yet.” And in this case, just like all of the others, it is true… This is the best one yet. Aromas of tobacco, caramel and stewed fruit that led to a thick, mouth filling palate that is laden with flavors of caramel, apricot and spice. The finish is long and memorable with white pepper and warm mulled wine. If you got a bottle of this, you are fortunate. Enjoy it and savor it! Until the next one!