You may find it interesting that I snuck Templeton into this countdown, but I couldn’t resist with these two expressions. When Templeton re-introduced the brand this year with new bottles, and new barrel finished expressions, we thought, like we do, great, now we have to make more room. Then we tried them. And let me tell you… these, and all of the Templeton whiskies, are a great example of midwestern rye whiskey, and I highly recommend you try them, if you have not already. 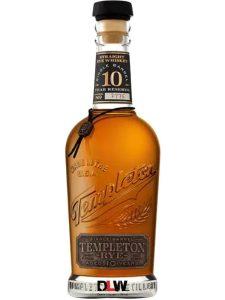 When we talk about allocated whiskey, more often than not, folks assume we are only talking about Blanton’s, Eagle Rare, and handful of other brands. On Saturday this last week, I put some allocated whiskey on the shelf, posted it on Facebook, and the calls just kept on coming asking about the aforementioned. Yet no one asked about Templeton 10-Year-Old, yet there it was! One lucky hunter got the bottle on the shelf, you guys got the other one!

Tom’s Tasting Note: A truly amazing expression of 10-year-old rye whiskey. Dark in the glass with a very thick texture, noted by it’s clinging to the side of the glass. Dark chocolate and orange on the nose with a palate of dark chocolate and dried figs, caramel and cinnamon. Slightly spicy on the finish with cinnamon and other spices lingering. 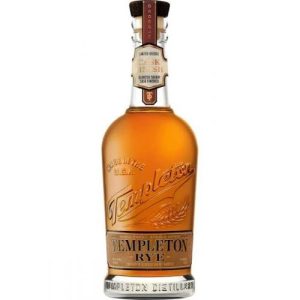 In 2021, Templeton released a series of barrel finished whiskies. Caribbean cask, Maple Cask and Sherry Cask. These are all 6-year-old rye whiskies that were transferred in their finish barrel until ready. The sherry cask finish used up to twenty-year-old Oloroso sherry barrels and aged for an additional nine months.

Tom’s Tasting Note: Barrel finish is a crutch. In a lot of cases. For decades, Scotch whiskies were aged in the barrels that were available, and for the most part, that was sherry. Combined with rye, this makes for a spectacular expression when it’s done right. And in this case, it was done right. Caramel, orange peel, and nuttiness from the sherry barrel on the nose. The palate is rich with tropical fruit and spices. The finish is long with pepper and spice lingering.